I’ve always had this weird relationship with death. I’ve had so many near-death experiences, that it’s even hard to remember each and every one of them. The funny thing about all of them is, that I’m still very much alive. Sometimes it feels as if I have some sort of a protective shield around me. But then that begs the question of how long is that shield going to last? And why the fuck would someone or something even bother protecting me? Is it all just pure luck? Or is it something else?

We all have dreams. Dreams are these ideals that people strive towards. Or they can be just that – dreams. You’ll often find yourself thinking how and if things were different. And what you’d be doing if you won a million dollars. Why is it so hard to make dreams come true? Well. We are built to chase instant pleasures. Easy fixes. The hard truth is, that most people never achieve their dreams. You do your daily tasks, while thinking about a sunny beach in Hawaii. And before You know it, it’s time to go to bed and right back to work. You close Your eyes for a minute and boom – 10 years have passed and You’re not even a step closer to that beach. They’re called dreams, because they’re idealistic situations. Great safe zones to escape to in Your mind, while You’re getting ready for Your next boring pre-planned part of Your daily routine. Most of these dreams require You to get off Your ass and start putting in the work towards them. You can visualize that shit all day, but if You haven’t moved a muscle by the end of the day, that’s as close as You’re going to get to catching any of those dreams.

You know how they say, that opinions are like assholes, because everyone has them? Well I’m about to flash You mine big time. I realize, that I’m swimming against the tide with this post and most of the people don’t share my opinions, so this post needs to be taken with a grain of salt. If You end up offended, then that’s Your problem.

Men and women are built differently. Aside from all the obvious physical and psychological differences, I’ve come to find, that the biggest difference lies in the opportunities both are offered. When I was still a teenager, older people around me often pointed out, how girls mature faster than boys. “Oh look at the young flowers blossom”, as one of my high-school teachers always used to say. Every senior class about to graduate, heard that comment. Some girls secretly called him a pervert behind his back and most students felt awkward. But he was right. They were blossoming. They had grown up. They had reached the start of their fertile young adult lives. And that held true for every single one of them. This wasn’t the case with the boys. The boys were still blank sheets. Sure, some boys were bigger and stronger. Others were the school stars. But in reality, none of them were actual men. They were still boys. They hadn’t been out to the world. This is what separates men from women. Girls seem to blossom into fertile women in a very short timespan. That’s not the case with boys. Boys don’t really suddenly transform into men. Men are made. They are moulded by everything they see and touch. By every fucked up hardship, they go through. And by every single experience point, they gather in the field of life. While women are valued by their fertility, men are valued by their status. And a man can only acquire status by rolling the dice and taking risks.

Do You believe in something? Or someone? Most people would start talking about their religion, when answering that question. Lots of people have always relied on religion to guide them through their hardships. And it’s fair enough. No one can blame them for looking for support in something higher than themselves. Probably makes them feel much better. I, myself, have never believed in anything closely religious in my life. All I’ve ever had, is faith in myself. That I can do this shit. Whatever life throws at me, I’ll deal with the consequences and move on. I can’t even tell exactly, how many times I’ve proven everyone (myself included) wrong and turned the tables, when everyone least expected it.

All men are essentially building their own little empires. Some men have lots of things going for them, others not so many. Sure You can be a pretty smart guy and have a well-toned body, but is that all You got? Men are materialistic and like to own things. There are some things that every respectable man should own – a reliable car, a pair of formal shoes, a good belt, a nice watch and a formal suit. But there is one more thing. And this one’s the hardest to acquire – his own place. And that’s not something You can pay for just by playing poker with friends…

When I started The Blog, I had something completely different in mind at first. I was full of anger, disappointment, hate, vengeance and every other negative feeling. I was in a pretty dark place. As I’ve been writing my stories, this whole project has, at the same time, been evolving into something completely different. Something more personal. We’ve been opening that shit pretty wide… I’m now at peace with myself and everything that happened. However. I started this blog to get the story of X out of my system. To overcome the effect X had over me. To become content with myself and help me change into a new man. Therefore I think it’s only fair, that I give the whole X story-arc the ending it deserves. And oh boy is she going out with a bang!

Do you have any idea how important Your passport is? Trust me, it’s pretty fucking important. I found that out first hand back in Australia. I had just become a brand new owner of a 1981 Toyota Celica or The White Sabre, as we called it. My very first car. Now that car was something special. An actual legend, which You’ll be hearing more about in the unforeseeable future.

It’s been about 2 months since I left X. And I gotta tell you. Even though the beginning was pretty hard, it does feel really fucking good. The hard part was freeing my mind from the ‘relationship’ mentality. I’d been in relationships for years and always down-lo had this fear of being alone. In these past 2 months, I’ve had a complete mental overhaul. I’ve come to understand how much of a blessing being single actually is. Men don’t need relationships. Women do. Men just need someone willing to tie down and take ’em down-town. No more nagging, no more fighting. It’s been a mental vacation. I have become free. So what should I do with my freedom? Whatever the fuck I want to… 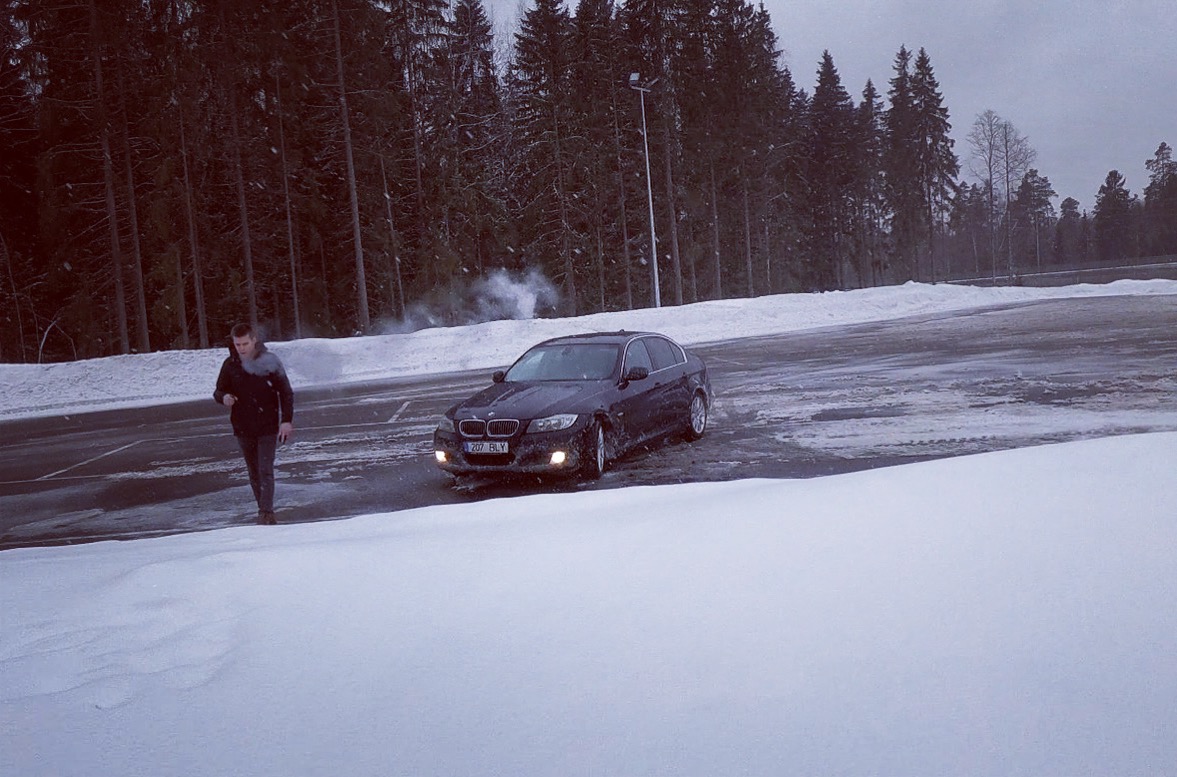 New beginnings are always the hardest. I’m sure this goes for anything – training, writing, studying, working and so on. It’s because You’re just not used to these new things, new rules and new motions. Over time You turn this your new thing into a routine by putting in more and more effort. Your body needs routines to function. Your routines are either good or bad for You. Up until my recent break-up with X, I’ve mostly had bad ones going for me.

We need You to accept some facts...

All stories found in this blog, including all characters in these stories, identify as fiction. Any resemblance to any real-life events is merely coincidental. The illustrative images used by The Blog’s authors, originate from the authors’ private collections. All contents of this website are copyrighted by The Blog. This website uses cookies and logs visitor information.

In order to get that full reading experience, we suggest You begin Your journey through The Blog from the beginning. Find the link in our upper menu…